What You Need To Know About Stand Mixer Decals
Stand Mixer Covers: What Are They And Why Do You Need Them?
Pasta And Ramen Making Has Never Been Easier
Making The Perfect Pizza With Stand Mixer
8 Must-Have Stand Mixer Attachments

Stand Mixer Covers: What Are They And Why Do You Need Them? 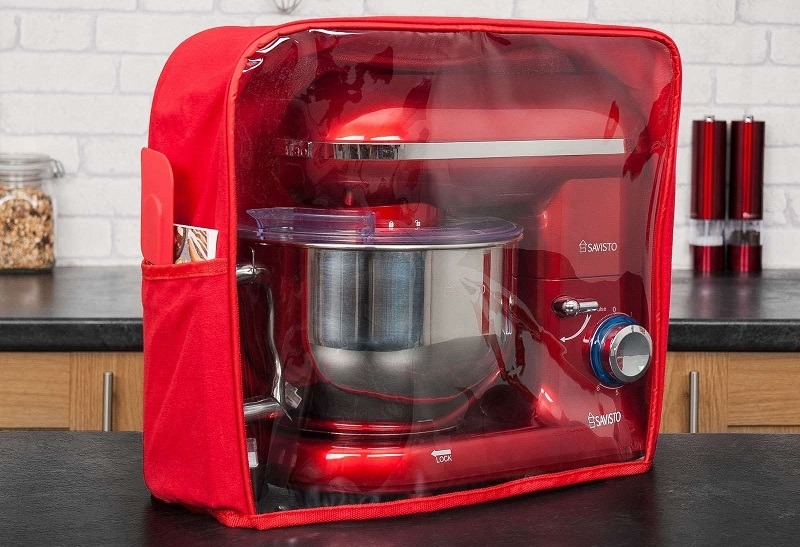 There are so many appliances that can make cooking and other kitchen tasks so much easier. From the humble toaster all the way up to the largest of food processors, everything in your kitchen has its role to play, but many of them can have their functions improved with optional accessories.

The most notable example of a product’s function being altered by extras is in the stand mixer, which can be converted from a simple mixer to a sausage grinder, pasta maker, and so much more. Other than add-ons directly related to cooking, there are some simpler ones like the stand mixer cover. Of course, not every accessory that you can purchase for your stand mixer will be so complex, and sometimes the simple ones are the best. The stand mixer cover is the perfect example of this, as it is incredibly helpful without necessarily altering how your stand mixer functions, like many other additions.

You will have to consider that your stand mixer is a relatively large appliance that can take up quite a bit of room in your cupboards. Whenever you have something so big in your cabinets, there are quite a few opportunities for it to be brushed up against by other kitchen implements while you are taking them out.

If you want to keep your stand mixer in pristine condition, you will have few better options than using a stand mixer cover. Pots, pans, and anything else can scratch your stand mixer, leaving ugly gouges on the surface that could have otherwise been avoided with a simple cover.

Most options, including the Kitchenaid Stand Mixer cover, will come with a pocket integrated into the front or side so that you can place a recipe book or other accessories in it. If there is anything that you always need with your stand mixer, a cover can give you a convenient place to keep it.

Another plus is that the pocket will protect whatever you keep inside of it, giving you an ideal storage spot for fragile accessories. Last but not least, a stand mixer cover will also ensure that you won't have to deal with dust accumulation if you don't use your mixer for some time. Instead of having to clean off your mixer every time you need to use it after leaving it in the cupboard for a while, you can just take it out of the cover.

If you are the type of cook who is always cooking in different places, like at the houses of friends for dinner parties, or perhaps at a cabin or summer home, you may need to bring your mixer along. A stand mixer cover will make it much easier for you to take the appliance with you wherever you please.

First off, a stand mixer cover will ensure that you can place your mixer anywhere in the car without having to worry about it getting dirty in transit. Of course, there is always also the risk of having your stand mixer jostle around while you are transporting it, which is an even more significant risk.

Keep in mind that a stand mixer cover is one of the more expensive kitchen appliances that are still relatively portable, so you will want to ensure that it stays undamaged. A quality stand mixer can last for years as long as you keep it from getting damaged.

As long as you keep your stand mixer covered while you bring it with you anywhere you go, you can make sure you won’t have to deal with it malfunctioning due to bouncing around in the car. Even if the potential damage would have been superficial, a stand mixer cover can keep your appliance looking good.

Of course, your stand mixer cover can also make your appliance look good while you are transporting it, and they come in many different colors and patterns. It is up to you whether you would prefer a stand mixer cover that matches your mixer’s color or contrasts with it.

While there are some basic patterns available for many stand mixer covers on the market, you will find that they are still relatively limited. If you are looking to use a stand mixer cover that features a more complicated pattern, you may have to resort to alternative techniques, including making your own cover.

If you have a better idea for a Kitchenaid Stand Mixer cover pattern, you can always make a cover yourself, and you don’t even have to get started from scratch. With a little bit of searching on the internet, you will be able to find a stand mixer cover pattern sewing guide for something that suits you.